Big Chicken is coming to Texas! 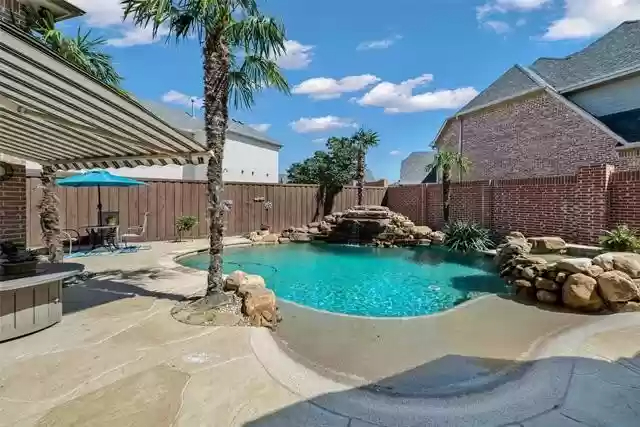 Shaq bought a home in Carrolton, Texas to serve as his home base while the chicken restaurants open around the state. His new home was purchased for $1.2 million and has a big swimming pool and spa, a big covered patio and a huge rock waterfall.

Shaq spends his working hours these days as a sports analyst on TNT.  And, he’s an entrepreneur franchising 40 or more Big Chicken restaurants in Texas. His net worth is reported at over $400 million.

He sold “Shaqapulco,” his home in Orlando, Florida for $11 million. He entertained and lived the high life while playing for the Orlando Magic.

Shaq is over seven feet tall and wears a size 23 shoe.