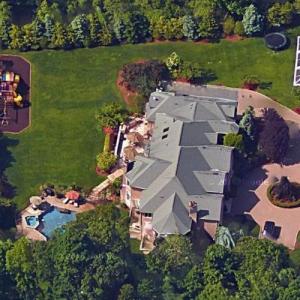 Chris Rock can take a punch. But, can he swim? Now we can safely say, “yes!”

Mr. Rock has traveled the world staying in some of the most luxurious hotels on the planet. Most have exotic swimming pools and spas but you’d never find Chris Rock in the deep end.

Chris bought a beautiful home in Alpine, New Jersey with a top shelf backyard bay in 2001. He just recently learned how to swim.

“Do you know how f—ing hard it is for a grown up to learn how to swim?” Chris responded to an interviewer. “You’ve got to NOT be scared to die.”

Chris asked a swim instructor for help and was told to just dive into the deep end and swim to the other side. That did the trick.

Now Chris is enjoying his backyard bay and has added swimming to his fitness routine. Maybe it helped him take the slap from Will Smith during the 94th Academy Awards. It couldn’t hurt, right?